Episode 1 – The State of Union Between Strength & Conditioning, Sport Science and Academics

In the first episode of Tea with Dr.G and Coach C, we had the privilege of chatting with Dr. William (Bill) Sands. In this episode we discuss Dr. Sands’ experience in sport, coach education in the United States (or the lack thereof), certifying bodies for S&C/sport science and the general quality of athlete development in the US and internationally. There are plenty of juicy bits in this one to kick off the show!

Not too many resources to share for this episode but it was a great conversation! One article we did mention is below.

What Happened to Gymnastics?
This article, while not directly related to strength and conditioning and/or sport science, Dr. Sands outlines a number of problems within gymnastics. Some of the issues applicable to those we find in other areas of sport. 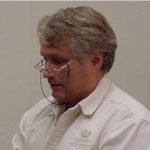 Our guest for this show is Dr. William Sands. If you don’t know Dr. Sands, shame on you! You can follow Dr. Sands on ResearchGate. Dr. Sands was born, raised, and educated in Wisconsin. His involvement in gymnastics spans more than 50 years. He has served as a coach for about a half-dozen Olympians and World Championship Team members and owned a gym in a northern Chicago suburb that produced numerous state, regional, and national champions. He has also coached internationally for the U.S. and served as the assistant coach for the 1979 World Championships. Dr. Sands attended graduate school (exercise physiology) at the University of Utah and served as an assistant coach to the University of Utah (many time NCAA National Champions). After his masters and doctorate, he went on to a professorship at Utah, tenure, and adjunct appointments in bioengineering and physical therapy. Later, his career led him to serve as the Senior Physiologist at the Lake Placid Olympic Training Center, followed by Head of Biomechanics and Engineering and Director of the newly formed Recovery Center at the Colorado Springs Olympic Training Center. More recently, he was director of the Monfort Family Human Performance Laboratory at Colorado Mesa University, Director of Education for the National Strength and Conditioning Association, and professor in Exercise and Sport Science at East Tennessee State University. During his coaching career and after, Dr. Sands served as an officer and chair of the U.S. Elite Coaches Association for Women’s Gymnastics (USECA) for over 30 years. He is currently a Sport Technologist with U.S. Ski and Snowboard in Park City, Utah. Writing is one of his passions leading to authoring and coauthoring 12 books, 47 book chapters, over 100 peer reviewed academic journal articles, and over 250 gymnastics and coaching articles. He has given 95 international presentations and over 200 national presentations. Dr. Sands and his wife Linda live in Salt Lake City, Utah. Their daughter Hailey is a mental health counselor in Durango, CO. While your at it, pick up a copy Principles and Practice of Resistance Training which he co-authored with Dr. Mike Stone and Meg Stone.