This episode is part 1 of 2 of our discussion with Dr. Tim Suchomel. In this episode we discuss Olympic derivatives, exercise selection, loading and programming strategies. All three of us attended East Tennessee State University, so it was nice to catch up and talk a little sport science! 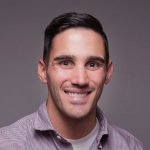 Dr. Tim Suchomel earned his PhD in Sport Physiology and Performance from East Tennessee State University and is an Assistant Professor in the Department of Human Movement Sciences at Carroll University. Tim has also written and contributed to a number of book chapters and published an every growing list of peer reviewed articles.

The best place to view and download all or most of Tim’s work is ResearchGate.

However, if you are interested in learning more about Olympic Derivatives the following articles are a few of our favorites and a great place to start. Oh, and if you can’t download these articles directly from the links below, go sign-up at ResearchGate because authors often post their papers/articles there and you can download them for free 😉

The header image for this episode can be found at the following link.